Will we live a long, long time? Only the well can tell

According to legend, if you look into the Well of Reflection at the cemetery of sacred Koyasan and do not see your own reflection, you will die within three years. So it happened that I contemplated my own mortality every step of the way back into the village, feeling a little pale and unsettled. I don’t know if it were the clouds that added to the illusion, but for the life of me I could not see my own reflection. My travel companions said they could, but it was as if I had gone blind to myself. I had ‘disappeared’.

This was on a two-week trip to Japan – my first visit and something that I’d been dreaming about for close to 20 years and saving up for most of last year. The night before we flew out I had coded most of this website; it was only the blog that still had to follow. I had every intention of starting off my first post with a light heart and some rare wit, just like all the other bloggers out there. But the theme of Death, its sudden appearance and the transience of life kept on popping up during our holiday. Partly because I received a few notices from friends and family about someone who had left this realm unexpectedly, and partly because I’ve had this feeling of being close to a crossroad lately.

One thing I know for sure now, this will not be your average ‘Live frugally and twenty years later you will be in early retirement heaven’ blog. This is about the almost impossible art of bringing paradise – whatever your idea of it might be – into the here and now, while at the same time looking far ahead and taking full responsibility for your own future and whatever legacy you may leave behind when dust is all that remains of your bouncing bones.

The financial roadmap you’ll find elsewhere on this site, as well as plenty of additional resources to help you focus on your financial future. Increasingly my mind is occupied with the urgency of living with purpose - today. What do you choose when you know for sure you have less than three years left?

For now I still live with the privilege of trying to figure out how to balance living in the now with thinking ahead and designing a future of financial freedom. Because, after I left the cemetery that day, I did my homework like my life depended on it and found: the cemetery has several wells and last month in Koyasan, I was looking in the wrong one. 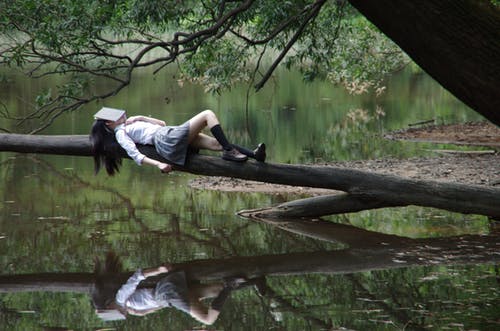